INTRODUCTION: Little research has been conducted on vascular epilepsy (VE) in our environment, although some authors claim it accounts for 45% of all symptomatic epilepsies in persons over 60 year of age.
PATIENTS AND METHODS: We obtained a cross-sectional sample of the hospital admissions that took place in our health area between 1999 and 2005 using the diagnosis-related group coding system with numbers 14 (specific cerebrovascular disorders, except transient ischemic attacks and intracerebral haemorrhages) and 810 (intracerebral haemorrhages), and crossing them with an admission diagnosis of epileptic seizures or symptomatic status epilepticus. We recruited 101 patients who had been diagnosed with VE (taking into account only those who had seizures two weeks after the acute event). This represented 9.14% of all new cases of epilepsy over that period of time.
RESULTS: After rejecting patients who had had their stroke before 1999 and those for whom no accurate record of the event was available, we obtained an incidence of VE in ischaemic strokes of 6.5%, with a figure of 11.6% for haematomas. Status epilepticus was reported in 27.7% of cases. Early status epilepticus was associated with a mortality rate of 77.7%.
CONCLUSIONS: Although the incidence of VE is higher than in other series that have appeared in the literature, our sample is too small to be able to extract data concerning demographic characteristics. Nevertheless, its prevalence makes it an important health issue that increases the rate at which resources are used and adds further insecurity in the case of individuals who already suffer some degree of disability. 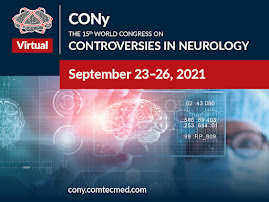